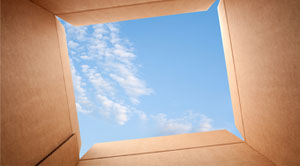 FREMONT, CA: VMware announces two new open source projects to complete the circle of its vast enterprise IT solutions. Security, agility, and speed are the major concerns from an IT perspective in the modern world. To that end, VMware brings on its unified platform for the hybrid cloud, a combination of open source technology implementations and new partnerships to fill the gaps in delivering IT in the simplest manner. The new projects are aimed at running containers on virtual machines in a secured manner.

Features of Project Lightwave include: Centralized Identity Management with additional security in the form of tokens and certificates; multi-tenancy; support for open source standards including Kerberos, LDAP, SAML, and more that work with standards-based technologies in the data center; extensible multi-master replication enables horizontal scalability.

Project Photon – brings lightweight Linux operating system for containerized applications built to suit VMware’s interests: meaning, now both containers and virtual machines (VMs) can be run on a single platform with dedicated isolation in place for containers to be separated from VMs. The latest operating system is tailored to deliver best results in VMware’s server virtualization and public cloud platforms such as VMware vSphere and VMware vCloud Air. In future, containerized apps from desktops can be transferred to development environments with ease, the company presages.

Features of Project Photon include: Wide range support for containers from companies including Docker, rkt and Pivotal; deep-level security for isolation; support for both rpm and yum that paves for finer package management.

VMware expects these new technologies in the long run will be integrated within its software-defined data center and end-user computing portfolios to boost containers traction in enterprise applications.

Building Partnership: Building on Vision
Its partnership with innovative open source companies is growing diverse and comprehensive: with partners such CoreOS, HashiCrop, JFrog, Mesosphere, Pivotal , VMware demonstrates its seriousness in working with containers in an overarching way to deliver security, flexibility, agility and greater performance for enterprise applications.

DoD Selects CompTIA PenTest+ as an Approved Certification for...

Intelligent Entertainment Suite from Savantis is Available for...