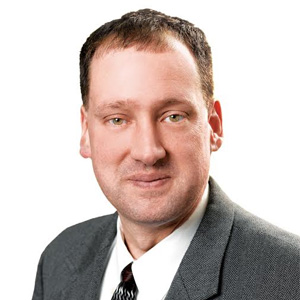 Scott Kongable, President As Kongable looked up from his computer screen in response to a knock on the door, he saw Shaw walking in with an expression that could be called a ‘Eureka moment.’ Jim Shaw, EVP of Engineering at Crystal Group has been onboard for few weeks now, and as he sat facing Scott Kongable, the company’s President, explaining his idea about a product to exploit the opportunities presented by the virtual world of computing, Kongable realized that it's the beginning of a new era for Crystal Group. The meeting marked the birth of the Rugged Servers (RS) series that soon took the industry by storm with its performance, ruggedness, and reliability.

Located in Hiawatha, IA, Crystal Group—designer and manufacturer of operational, deployable, and high reliability computing applications, started as a computer consulting firm that designed industrial computers for the telecommunications industry. While many companies collapsed financially after the great telecom crash of 2001, Crystal Group held its ground and steered the wheel towards military and government sectors, offering rugged, commercial-off-the-shelf (COTS), custom-designed computers, displays, networking devices, embedded systems, and storage devices in partnership with industry giants like VMware. Today, the company has more than 500 military program deployments under its belt and has been recognized by the US Air Force for its contributions on the B-2 “Spirit” Stealth Bomber’s Adaptable Communications Suite program.

Crystal Group’s market ascend is evident by its many success stories. For instance, General Dynamics C4 Systems, a company that develops communication products and integrates them into secure networks for military, homeland security, and public safety professionals chose Crystal Group to complete a project for the US Army. General Dynamics C4 systems has been functioning as a prime contractor and systems integrator for upgrades to the Prophet tactical signals intelligence program—US Army’s top SIGINT program that enables tactical commanders to securely and accurately detect, identify, locate, and deter a wide range of signal emissions on the battlefield. The system is comprised of electronic components that are vehicle-mounted or soldier-transportable. Prophet's mission required an evolving technological platform that can adapt to changing battlefield situations and transportation needs. Crystal Group’s RS112 1U has been chosen to meet this requirement, due to its superior ruggedness, configuration management capability, compute density dependability and the company’s customer responsiveness.

Crystal Group worked closely with General Dynamics’ engineering team to understand their needs and those of the Army. This teaming resulted in a rapid response to the Army’s requirements and improved product integrity.

A Culture that Breeds Success

Kongable credits these accomplishments to Crystal Group’s culture and ability to adapt and flourish in the changing environment. Its culture spans three main goals—focusing on customers; ensuring on speed; and finding ways to provide more value to the industry than the company’s competitors. “Too many companies have financial measures as their goals. At Crystal, I try to instill the idea that financial performance is simply the measure of the outcome on how well we are achieving the other three goals. No amount of energy, money, or time is too much to spend to keep the commitment to a customer.” Crystal’s ability to offer speedy solutions has always been critical to its success. Its quick and flexible solutions help customers respond to unforeseen events that can put tremendous pressure on project schedules, allowing the clients to get back on schedule.

Crystal Group principally designs products according to the customer’s unique requirements, while offering technical advice using its experience in the rugged computer industry to simplify applications, enhance performance, and reduce cost. The company has been known to serve customers that required Crystal Group to get a 100FX fiberNIC that would be supported in VMware, until another project, that replaced the old fiber switches, could be completed to upgrade to one gbit. The server used was shipped with four fiber network ports, two for what could be supported “now” and two for what would be supported after the network upgrade. “Many times, customers come to us with requirements that are so unique that one will not be able to make a ‘generic’ chassis that will meet them. But we use our proven design techniques with which we can speed up the design, reduce the risk of issues with assembly, and when we get requirements that are similar in the future, we can leverage our previous experience,” explains Shaw. Chip Thurston, Crystal Group’s Chief Architect and Technical Director further adds, “in certain industries like military, applications often lean on similar standards, but at different levels.

"No amount of energy, money, or time is too much to spend to keep a commitment to a customer"

To make sure that we meet as many customer needs as possible, we often combine different needs into a ‘superset’ of requirements. For instance, we have a combined vibration profile that includes several different test profiles under one umbrella, so that our solutions are more appealing to customers that are airborne, ground based, or at sea.”

The recently introduced RE1218M-Rugged Embedded Computer underlines the uniqueness of Crystal Group’s offerings. It is a robust performance processor engineered for high-end workstations and storage capability in demanding environments—especially where Size, Weight, and Power (SWaP) is a concern. The RE1218M is designed to replace existing embedded solutions with modern sixth generation Intel Core i7 processing capability. The modularity of the design was vastly improved to produce greater processing capability, reduced acoustic emissions, and greater flexibility to meet power input and expansion I/O requirements while preserving SWaP, and the cost of the legacy hardware. It accommodates up to eight 2.5” solid state drives, one PCI2 x16 expansion card, and may be mounted in any orientation—making it ideal for space-challenged applications. “It is an evidence of sophisticated architecture whereby a workstation is turned into a package that is nearly bullet proof and we pride ourselves in being able to provide such a technology. Another important factor is it requires a custom built power supply to meet the electromagnetic interference (EMI) standards, and this is where we add value by designing, developing, and producing our own power supply module,” states Shaw.

Riding the Waves of Technology

Crystal Group tries to stay ahead of both customer needs and leading edge technology. As such it is paying keen attention to the new XPoint technology from Intel that will bridge the gap in performance between DRAM and NAND. “I like the idea of having a single virtual machine workstation with 10x the memory capacity of DRAM, but with a 2-3 percent performance hit. I’m also interested to see where storage goes in the near future. We’ve recently been riding the hyper converged wave, where drives were moved back into the server after being removed to Storage Area Network (SAN) solutions years ago. Non-Volatile Memory Express is another interesting concept to look forward to,” exclaims Thurston.

“As for the next wave, our company is positioned to be as fast and flexible as possible. When a customer wants to do something that isn’t even possible yet, we are ready to design to their performance metrics the day the technology is available to get us there,” Chip concludes. 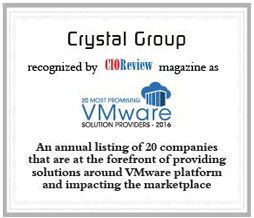 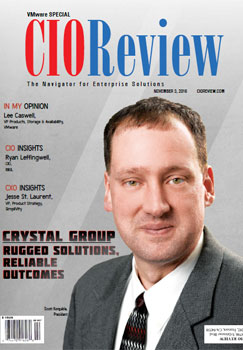