VMware's Evolution in the World of Infrastructure

VMware's Evolution in the World of Infrastructure 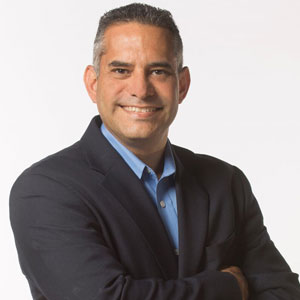 The world of technology today continues to evolve faster than ever and not always in the ways we have figured. It’s hard to believe that VMware almost two decades ago revolutionized the technology industry and the world of infrastructure. VMware completely changed the way we looked at infrastructure and it took us to an entire new philosophy around data centers. I was personally an early adopter of VMware and was virtualizing Microsoft Servers before even Microsoft said we could. That was not always easy, but there was no way I could not fall in love with what VMware invented.

Today, VMware has involved in many different directions and specially targeted the cloud which in itself has also revolutionized the world of infrastructure today. Cloud though, I believe went a little too far ahead of the curve, and Hyper-Converged technologies are becoming more and more the next generation of virtualization and a phenomenal middle ground between traditional virtualized environments and the cloud. Unfortunately, I think VMware was a little late to that game since companies like Nutanix and SimpliVity took to the market as a great middle tier option for companies that wanted to improve virtualization technologies but not necessarily wanted to run everything on the cloud.

VMware is still the most mature player when it comes to virtualization and their capabilities on the cloud continue to evolve with the only real limitation being cost of licensing. Hyper-V and Azure are certainly not that far away anymore either. The VMware product line also has grown tremendously and completely driving the world of Mobile Device Management tools which gives them a different angle to the market today. On the Hyper-converged infrastructure side, Nutanix is quickly gaining traction and some very large customers are quickly adopting their technology while smaller companies are pushing the envelope with SimpliVity now part of HPE. Nutanix it’s a much more mature technology than its hyper-converged competitors and not only did they figure out the right formula for Hyper-convergence, they also developed their own hypervisor which will give their customers options for major cost savings in licensing as it continues to evolve.

VMware is still an option across the board and as long as you can continue to afford their licensing models, it does integrate across the tiers nicely

There are a few more variables to the infrastructure stack question which SimpliVity adopted and was what attacked me to it most. Backup and recovery or business continuity is built-in. This has been a challenge historically and an area that has improved tremendously with technologies like Data Domain (EMC, Now Dell), and Veeam on the software side. SimpliVity allowed us to back up our environments at a click of a button without worrying about targets, backup software, performance, and barely even capacity. You build the process by simply associating the schedule and options on a storage level. The best part is that it truly works! We even put it to the test when we used it to migrate data centers using that same technology without any issues. The magic is also with never having to configure another performance tier, another raid array, or even having to worry about IOPS. I would highly recommend smaller companies and to a certain degree mid-size companies to consider this technology as an option. It makes running infrastructure easier than ever, it’s much more efficient than traditional virtualized environments, and you are basically building a hybrid private cloud. We have a redundant data center replicating our backups with SimpliVity and it’s truly amazing. With all the right networking magic, business continuity can be as easy as shut it down in the primary data center and turn them on in the disaster recovery site. Depending on your RPO’s and RTO’s (recovery point and recovery time objectives), you may need addition automation or technologies like Zerto for instance which will open many more full-automation capabilities.

Now for the reality check. We have also experienced pain points that indicate that SimpliVity has to go back into the oven a little longer unlike their competitor Nutanix. We had hardware issues on delivery and had to replace several units. We’ve had a real big challenge with support and since HPE acquired them has only gotten worse which is probably due to merger pains. There are also areas that VMware had solid capabilities for years which SimpliVity is still trying to figure out. Host load and storage balancing for instance, has been a constant battle. Since there is more than one copy of your data spread in the cluster, their system does not know how to balance the copies and therefore can easily overload a node and flag errors in VCenter. This is not a big deal when you oversize the environment, but if you are trying to be effective in sizing it will be. From that perspective they’ve taken virtualization backwards. This will simply not work in large organizations. Their cluster capacity is also not nearly as expandable as Nutanix. All that said, I think SimpliVity is still an incredible solution once all the wrinkles are ironed out and really hope HPE can address their challenges in the hyper-converged market today.

Looking at hyper-converged as the middle ground between traditional VMware virtualization and full cloud options like AWS and Azure, there are other big players such as including VMware themselves as well as Cisco and Dell/EMC. Looking deeper at their product offerings, it still feels a lot like what VCE converged infrastructure did with traditional virtualization technologies though. There are also other software-only players emerging, but based on how fast technology moves, it will be difficult to catch up to what’s already out there today.

Bottom line, VMware is still an option across the board and as long as you can continue to afford their licensing models, it does integrate across the tiers nicely. If you really want to elevate and simplify your technology beyond virtualization, I would go hyper-converged mixed with public clouds where it makes sense.