How to Create the Network of the Future 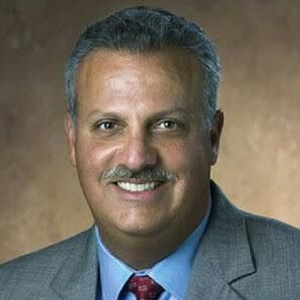 It is changing. The advent of Big Data, the Internet of Things and mobile has massively increased the amount of data we are creating, storing, and moving – putting an increasing strain on the piece at the center of it all: the network.

"To keep up, the network must also change – the five characteristics above provide a step in the right direction"

More data is a reality. It empowers users around the world with more information than they could ever have imagined. However, many networks are fragile, outdated, and unprepared for that level of stress.

Interestingly, we’ve seen the rest of the datacenter speed ahead; servers have been virtualized, and the software powering them has been upgraded. However, amidst all that change, the technology powering our networks remains unchanged.

The Rise of the Third Era

The new dynamics of data growth that we are seeing is changing that, creating what many call the “Third Era” of IT innovation. This era is defined by a growing distribution of applications and of data.

The idea is as follows: As data is created in greater amounts – and inevitably transferred between resources – the network must become increasingly powerful, flexible, and agile in order to keep up with application demands.

So, if we’re already in the Third Era of IT Innovation, what were the first two?

You might not be able to call them out exactly; however, the path of each era is clearly defined in history. The First Era was monolithic, everything –including storage, compute, networking – were all within one central mainframe.

Following that came the Second Era. That change was marked by the introduction and rise of the PC, leading to an increased dependence on IT giants like Oracle and Cisco.

That brings us to where we are today – the Third Era. Data and applications are becoming increasingly distributed, putting an increasing dependence on the interconnect that allows resources to work together on application workloads. That interconnect – the network – must now undergo its own changes to meet new industry requirements.

So, where can networks improve? What do they need that they don’t have now? We’ve outlined five different characteristics below.

• How to achieve it: Network agility largely comes from the ability to change the network from the “wires up” based on new business needs without lots of complex, manual, error prone and labor-intensive work (the antithesis of agility!).

• How to achieve it: When evaluating a new network, look at the break points that cause high degrees of pain to get beyond. For example, in a traditional “leaf and spine” network, typically the network will scale up to the capacity of the spines. Beyond that, further scaling requires re-architecture and re-cabling, a painful and costly experience. Instead, look for a network that grows as incrementally as possible and in the smallest possible unit (usually the number of ports). Finally, look for one that doesn’t necessitate major re-cabling or re-architecture at break points.

Integration –The infrastructure must work in an orchestrated fashion to deliver application experience. This means that compute, storage, networking, applications and all the surrounding systems must be capable of frictionless coordination. A well-integrated network should be able to affect different behaviors via policy and have the ability to efficiently fit available network resources to the most critical business needs.

Resiliency- Distributed systems only function if the interconnect is reliable. This means the network must be fault tolerant and resilient.

• How to achieve it: Resiliency and cost-effective redundancy are byproducts of good design. As applications become more distributed and scaled-out, they are inherently more resilient (unless they run on a network that takes the entire application down with it). As networks transition to scale-out applications, consider moving from a redundancy perspective to a resiliency perspective. Leaf and spine networks are traditionally multi-homed for redundancy but lack the ability to use all available capacity and suffer long re-convergence times in the event of a failure.

What is needed for next generation resiliency is an elastic pool of network resources, fully available to support data and application workload requirements.

Security- With data at the center of the network, and with more and more organizations paying close attention to big data trends, security is more important than ever.

How to achieve it: Security is no longer about keeping the bad guys out;it’s about assuming they are already in and limiting their potential to inflict damage. New networking approaches must provide the ability to leverage the “tells” in the data to spot anomalies and provide the levers to do something about it. Look for networks that can provide tight integration between network statistics visibility and analytics applications.

Massive shifts in the IT landscape are rare – perhaps only once in a generation. By its nature, IT doesn’t lend itself well to fundamental restructurings. If you look carefully, you’ll notice that we’re in the midst of one of those tectonic shifts now, one that will leave networks and IT forever changed by the time it is done. However, to keep up, the network must also change – the five characteristics above provide a step in the right direction.

The 5 questions you should be asking about legal tech

Technology as a Tool to Aid the Legal Function

Building On Your Legal Tech Journey

Enhancing Productivity of Lawyers with Technology