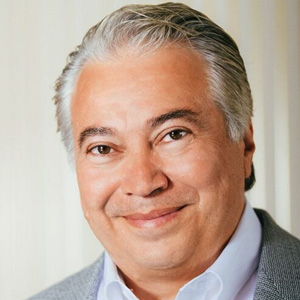 Virtualization both at the server and storage level are therefore critical components on the journey to SDDC since they shield users from underlying hardware complexity and enable greater productivity through software automation and agility.

"By taking full advantage of the processing power offered by multicore servers, parallel I/O software can become the key enabler for a true software-defined data center"

Today’s demanding applications, especially within virtualized environments, require high performance from storage to keep up with the rate of data acquisition and unpredictable demands of enterprise workloads.

Overcoming the I/O Bottleneck in a Virtual World

The major bottleneck holding back the industry is I/O performance. This is because current systems still rely on device -level optimizations tied to specific disk and flash technologies that have not been able to keep up with the pace of Moore’s Law.

Many have tried to address the performance problem at the device level by adding solid-state storage (flash) to meet the increasing demands of enterprise applications or by hard-wiring these fast devices to virtual machines (VMs). However, improving the performance of the storage media—which replacing spinning disks with flash attempts to do—only addresses one aspect of the I/O stack: read performance. Hard-wiring flash to VMs, a la Tintri and VMware EVO: RAIL seems to be a contradiction that goes against the movement of virtualization. That’s no way to move forward on virtualization and the transformation to a true software-defined data center!

Another approach to improving I/O performance is through I/O parallelization that builds on virtualization’s ability to decouple software advances from hardware innovations. This method takes into consideration the industry shift from single to multicore processors by using software to drive parallel I/O across all of the cores. By taking full advantage of the processing power offered by multicore servers, parallel I/O software can become the key enabler for a true software-defined data center. This is due to the fact that it avoids any special hardwiring that impedes achieving the benefits of virtualization while it unlocks the underlying hardware power to achieve a dramatic acceleration in I/O and storage performance. This allows the force of Moore’s Law to solve the I/O bottleneck problem holding back the IT industry and the realization of Software-Defined Data Centers.

Let’s begin with the introduction of parallel processing technology. More than three decades ago, computer scientists were working diligently to increase performance. This primarily involved optimizing system architectures by using the power of multiple microprocessors to achieve faster computations and I/O performance in the form of parallel computing. Essentially, workloads could be spread across multiple processors in order to be executed faster – making them ideal platforms for “parallelization.”

This was eventually supplanted by PCs running on a network, and parallel architectures were replaced by frequency scaling (driving faster and faster clock frequency to achieve performance gains). The thing that ultimately frustrated parallel computing was the pace of clock speed increases for uniprocessors. The observation made by Intel co-founder Gordon Moore that the number of transistors per square inch on integrated circuits would double approximately every two years, and the prediction that this would continue for the foreseeable future.

As a result, instead of using more expensive and complex multiprocessors, uniprocessors advanced quickly and systems were able to accomplish most processing tasks by sharing a common fast processor, the CPU. The industry shifted its focus to amplifying clock speeds instead of extracting increased performance from multiprocessor designs.

However, with the advancement of Moore’s Law over the years came an unseen side effect. The “tick tock” cycle of innovation hit a wall when it encountered overwhelming power and heat issues and increasing clock speeds fundamentally came to a halt. Nevertheless, transistor densities still continued to hold to Moore’s law and doubled every 18 to 24 months with the advances coming from more cores being available to do the work.

It became commercially more profitable to take two processors and put them on the same die. For the first time, without it being widely observed, Moore’s Law had fundamentally changed. Computers have now been completely revolutionized and multicore computing has become the dominant form of computing today.

The virtual server revolution largely driven by VMware and Microsoft hypervisors became the “killer app” that could exploit a greater degree of the new multicore capabilities. As time-sharing went from providing terminals using time slices of large uniprocessors to everyone having a PC, the logical next step was to go parallel and put multiple PCs (VMs or virtual machines) on these new powerful servers to drive even more VMs. This drove down multicore costs via volume manufacturing, and became the driver of the virtualization revolution, while increasing productivity through the utilization of more powerful multicore platforms. In a marketing phrase – it became “do more with less.”

The downside is that virtualization and server consolidation creates a workload blender effect in which more and more of the application I/O workloads are concentrated on the same system and must be dealt with. All of those VMs and their applications become easily bottlenecked going through a common “I/O straw.” As processors and memory have dramatically increased in speed, this I/O straw continues to bottleneck performance.

The primary element that is missing in this equation is software that can take advantage of the powerful multicore/ parallel processing infrastructure. What is needed is a Software- Defined Storage stack with parallel I/O capabilities to remove the roadblocks holding back application performance. This capability will be a game-changer for the industry.

Parallel I/O software will be the next ‘killer app’ that will allow the industry to build on virtualization and fully utilize the multiple cores that are readily available, and allow for greater productivity. Harnessing today’s powerful multicore servers to do parallel I/O is the way to unleash the full power of Moore’s Law and make it possible through virtualization to increase business productivity -- and therefore drive the promise of Software Defined Data Centers.