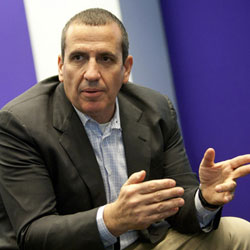 The impact of cloud computing has advanced well beyond simply changing the enterprise Information Technology (IT) industry. Having real-time access to information from anywhere and at any time has totally changed the way that people conduct their regular day-to-day activities. This process has encouraged the development of new virtualization technologies that enable the deployment of large-scale cloud infrastructures that can serve more users at lower capital and operating expenditures. This, in turn, empowers Chief Information Officers (CIOs) to improve corporate performance while maintaining a low Total Cost of Ownership (TCO).

In order to reach this point, data center architecture has gone through a massive transformation, meaning IT managers have had to adopt, certify, and deploy new technologies in a relatively short time. These changes have been driven, of course, by overall market trends such as the data explosion and the continued growth in the number of mobile users, both of which affect the way that data is being processed and stored.

At Mellanox, our mission is to provide innovative interconnect products that address the emerging market trends and enable maximum efficiency of virtualized data centers at lower cost, and for the last several years, we have been working very closely with VMware to tailor our products and to enable the best possible ROI for vSphere users. The joint solutions help CIOs customize their deployment and build the most efficient solution for their company’s particular market segment, thereby achieving their business objectives at the lowest possible cost.

When analyzing the new technologies that have affected the data center transformation, it is clear that Software Defined Networking (SDN) has had the biggest impact. Using SDN de-couples network control functions from switching equipment, such that users are not held captive to buying their solution from a single vendor; instead, they have the choice of buying different functions from different vendors, which can save up to 60 percent of the overall data center interconnect cost. This is a major shift from the tra- ditional approach in which CIOs had to choose a single vendor that provided the entire solu- tion and all related services, resulting in a more expensive solution and much less flex- ibility. However, SDN is not just about saving on costs; but by leveraging over- lay network technologies it also enablesCIOs to build ultra-large multi-tenant clouds that can serve mobile users worldwide. The de-coupling concept has been so successful that it has also been adopted by the telecom industry to ensure less expensive equipment deployment. All these solutions require the most modern networking in order to provide the functions that are required when SDN architecture is deployed. One of the lead SDN products is VMware’s NSX platform which reproduces the entire network model in software and enables any network topology and services in seconds. Those capabilities rely on having the right interconnect products that can be programmed to enable agility and economics that help CIOs to achieve higher operational efficiency through full automation. Another area in which new networking technologies achieve higher efficiency is by maximizing CPU resources actually running applications. CPUs are among the most expensive items on a server, and on average in a standard dual-socket server, CPUs make up more than 50 percent of the total server cost. CIOs, therefore, look for ways not just to keep the CPU utilization high, but also to verify that the expensive CPU cycles are being used to run applications and not being wasted on communications and data transport functions that can be better handled by more efficient networking components. Modern data centers have been using advanced networking controllers and cards to offload jobs from running on the CPU to running on the networking controller.

“When analyzing the new technologies that have affected the data center transformation, it is clear that Software Defined Networking (SDN) has had the biggest impact”

Using advanced networking technologies to maximize the application efficiency of the CPU results in a reduction in the idle time of other expensive server resources, such as memory or Solid State Disks (SSD), and helps to increase the overall server efficiency, enabling faster job completion and less power consumption. This trend is expected to continue to grow, and that the industry will soon see more advanced IO controllers and Network Interface Cards (NICs) with onboard Field-Programmable Gate Array (FPGA) devices. This will enable CIOs to react faster to a new business needs and to add new functionality without the need to pay for new servers or for more expensive CPUs. This will extend the life of the company’s cloud infrastructure and maximize its Return on Investment (ROI). As cloud computing has become an integral part of enterprise operations, CIOs must continue to deploy the most efficient solutions. The traditional architectures that have been developed over old networking technologies can no longer keep up with the new business requirements. Modern interconnect technologies enable the deployment of modern cloud architectures that deliver higher functionality and reduce CapEx and OpEx. As cloud continues to play a major role in the future, interconnect capabilities will remain an essential factor in maintaining higher efficiency.

Cloud At The Edge

Edge Computing - Where Does It Fit Today And Tomorrow!

The Evolution of Digital Banking Landscape in Indonesia